I knew writing about Cusco was going to be a challenge, a welcomed one, yet still daunting.  Throughout the months that followed my time in Peru and Bolivia, there’s been a monkey on my back niggling at me.  The inevitable time would come when I’d be writing about my near misses and utter enjoyment in these countries.  A part of my anxiety was, and still is, the overwhelming information about these countries and Inca’s.  Whereas with many other places I’ve been to, my knowledge was reasonable before arriving.  Peru, the Inca’s and Bolivia were like starting from scratch.  I thought I knew about the Incas, but from very early on in Peru, I realised I knew next to nothing; starting with my visits to Huaca Pucllana and Huaca Huallamarca.

Whereas my posts would normally follow what I did on each day.  Far from being due to a lack of information about Cusco or it being boring or bad, on the contrary, it’s the exact opposite!  In fact, there is so much to see and do right on Cusco’s doorstep that I made it my base for nearly two weeks (cumulatively over 2 stages)!  For Cusco I may have to deviate to some degree; otherwise I’d end up writing an anthology about it!

That being said, I’m going to split Cusco into two parts…I think.  First, will be Cusco in general.  Second, will be Cusco at night (mainly around Plaza De Armas).  This format may not make sense now but will further down the line (…I hope!).  Between Cusco Part 1 and 2 I’ll do separate posts of the day trips I made to towns and historical sites.  Who knows, maybe there’ll even be a Cusco Part 3!

Cusco, arrived with a bump

Flying from Lima to Cusco only takes an hour and twenty minutes.  Still, I never enjoy early flights, mine was at 7:10 so not too bad, though I needed to wake up at around 4:15.  The thought of arriving then trying to make my way to my accommodation wasn’t very appealing.  Solution; my hotel/hostel, which I’ll get into more detail later, offered an airport pick-up making things nice and easy.  Not something I usually do; I know that sounds like I’m contradicting myself because I did the same thing when I got to Lima (my comeback to that was because I arrived in Lima so late ?)

Flying into Cusco is cool!  Usually descending through the clouds, the ground is still fuzzy far below.  Not so coming into Cusco.  As we broke through the blanket of clouds, we were flanked on either side by mountains towering up to eye level.  The ground low enough to make out every detail down to the colour clothing people wore.  Flying through a valley you come face to face with the longest mountain range on the planted, the great Andes!  It felt ominous flying so close to mountains cushioned either side with their snow caps, a little bumpy too.  As we exited the valley, we banked tightly to the left shortly before landing; the plane veering off like a child playing with a model aircraft.  We landed as the plane rocked from side to side with the crosswinds and bounced along the runway – let’s just say I’ve had smoother landings!

Jorge a.k.a Coco, was at the airport ready to collect me.  A friendly pleasant man welcoming me to Cusco and offering some advice whilst making our way to the car.  Summarising; take the first 2-3 days easy to help acclimatise to the altitude.  I took his advice as a local’s chit chat that come with normal pleasantries meeting visitors for the first time.  Oh please I thought!  I felt fine arriving in Cusco, I’ve done thousands of kilometres of hiking from deserts to sea!  More about that later.

The airport isn’t too far from where I stayed, about 5km.  But, 5km was enough for us to be side swiped by a truck at a roundabout (traffic circle for some countries ?)…how lucky, the passenger side, my side!!  Thankfully we were in a 4×4 and the damage was minimal; more noise than damage with the side mirror being broken.  Whilst the police arrived to take statements Coco flagged down a taxi to take me the rest of the way to his hotel/hostel – he paid.  An eventful way to start my arrival in Cusco, no one was hurt, thankfully.  Hmmm…would Cusco be a replay of Koh Samui I thought to myself (whilst nervously laughing inside ?)!? 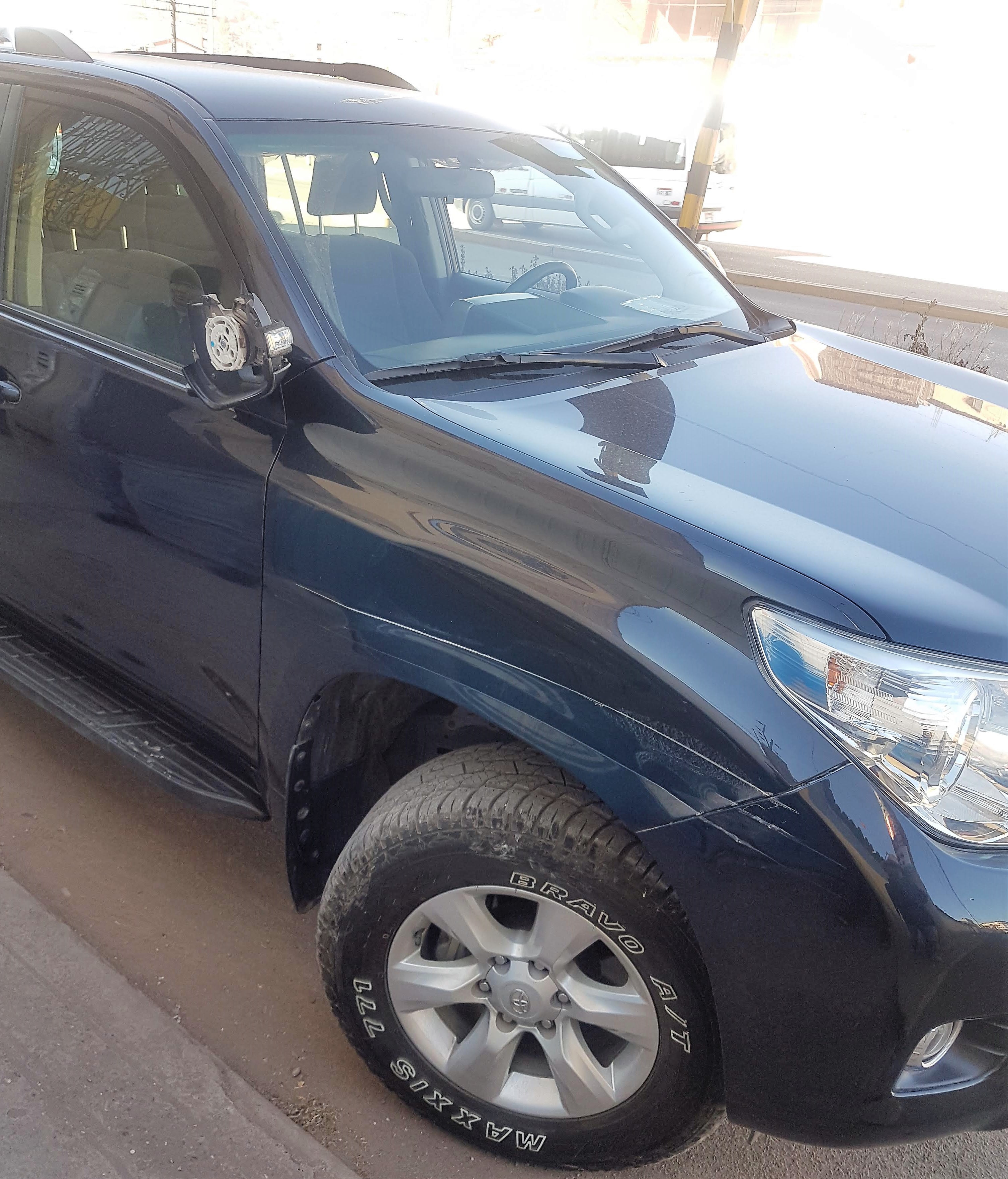 Cusco, a thumping and nauseating start

Check-out at El Tuco is 9:00am; that’s the earliest of anywhere I’ve ever been.  So, when I go there my room was ready.  I had a little breakfast (handful of nuts, ½ a protein bar), then a short snooze ?.  I woke up before noon feeling ok, thinking I’d spend most of the day doing some planning, by supplies (a few snacks and water) and head out for a short recce.  It didn’t take long before noticing how tired I was, and that was just going to by snacks and water!  I was missing that oomph and spring in my step.  Thinking back now, I only realised that my first impressions of Cusco weren’t great; due to the state of my mind and the location wasn’t ascetically pleasing – different to the touristy part of Cusco, more a “locals” part of the town.

I wasn’t “feeling” it walking about (at my usual brisk inquisitive pace), so I headed back to my accommodation to do some planning; putting my lack of motivation down to not eating properly, drinking enough water and lack of sleep.  The beginnings of a headache were also on the onset, which would make sense for the reasons just mentioned.  Not think much of it, there was no harm in taking the day off to plan my few days in Cusco to make them productive.  Throughout the day I ate very little, I had no appetite (a banana and my breakfast) but drank lots of water (not from the tap!).  By nightfall my head was getting worse – the nights in Cusco can also get very cold; especially if you consider the variance between day and night.

My head was now clouding my thoughts.  What I needed was a proper meal, a good night’s sleep and tomorrow I’d feel right as rain.   When in Rome do as the Romans do!  Coco directed me to a local restaurant, less than 50m away.  My first meal in Cusco, was interesting.  Nothing to do with the environment; the local hangout filled with families, great atmosphere with no tourist.  Ah, authenticity I thought!  Well, authenticity can come with unexpected surprises!  After a helpful waiter explained the menu to me, I order – I needed food in my system.

Uhmmm, the food was ok, honestly, not to my taste but nothing wrong with it whatsoever.  It was either the thought of needing food in my system (though I wasn’t hungry) or my clouded mind (which had now become distractingly hazy) that put me on autopilot to eat what was in front of me).  Scooping through the soup, I did get a little shock after a few mouthfuls, when what looked like a baby’s hand filled my spoon…a chicken’s foot!  It didn’t deter me; I pushed the claw aside and I finished my meal.  My head wasn’t right, the meal hadn’t help.  In fact, my head just got gradually worse, with a familiar taste at the back of my throat combined with a cotton mouth…here comes a migraine with full force! 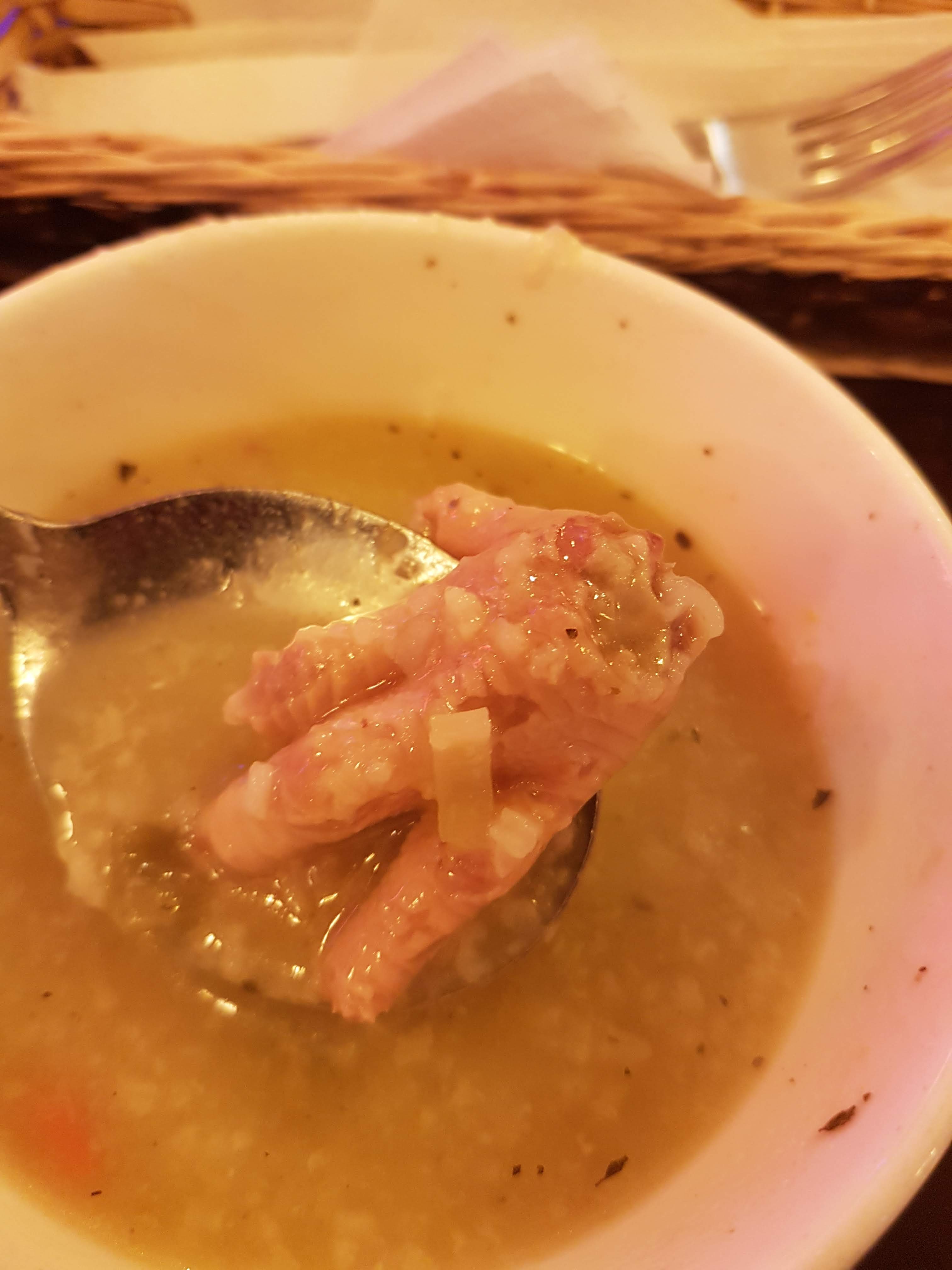 My first meal n Cusco: A chicken foot…not something I was expecting in my soup!

With the onset of a migraine (I hoped just a headache, but knew better), I had a very early night.  To summaries the next 36 hours…bloody terrible!!!  Not eating, sleeping and drinking enough the prior 24 hours may have exacerbated the symptoms and sped up the onset of altitude sickness, causing the migraine.  My brief recce walking at normal pace couldn’t have helped either.  My head pounded through the night like a Zulu warrior drum joined with hot and cold sweats.  This carried on into the next day.  I still had no appetite, only eating a banana and forcing myself to eat a protein bar – and a box of headache tablets (not recommended for anyone to do!)!  I only go out of bed to go to the toilet, spending the rest of the day crawled up in bed.

Time passed without my knowledge, I had no idea how long I had been there for, nor if it was day or night.

Day two was a hazy horrible blur; like the state between being asleep and awake, except this included a nauseating pounding head. I forgot to add…my visits to the toilet is code for diarrhoea!  By my second evening things started to subside.  The herd of elephants that were jumping on my head the previous 24hrs were now trotting.  Morning two, I felt good enough to have some breakfast.  Coco told me he had popped his head into my room the past 36 hours to check on me.  I felt glaze, like my body and mind were separate entities – a normal feeling for me after a bad migraine session.

I gingerly ate breakfast.  Coco had seen this sort of thing many times with visitors, hence his advice when I landed.  Foolish and a little arrogant of me not to heed the advice of a local!  Lesson learnt!  I would use this advice for the remainder of my time in Peru and Bolivia.  I’ll cover more about altitude sickness and adjusting later on.

Contrary to what I said earlier, I’m going to change my thoughts how I’ll write about my time in Cusco.  Instead of wracking my brain and making this post 5 or 6 pages long, I’m going to start afresh on Cusco Part2.  I’ve overthought my time in Cusco and that has brought about procrastination, what to write, in what order etc etc., next post will be positive!  I learnt so much and enjoyed my time in Cusco, that’s why I’ll leave the nice parts for the follow posts.  Arriving at a new location and having a rocky start isn’t great, but as before (Aswan, Koh Samui, Tokyo as some of the examples) rocky starts normally have eventful journeys and great endings.

Yes, I know this post is bland, minimal pictures too, fear not (?) the rest of my time in Cusco is as colourful as a rainbow…and I’m not just taking about the pictures!  This disjointed post is also because it has taken me more than a month to write it – for too many reasons to get into!  Starting afresh is the only way I can think of to give Cusco its due.

So, bear with me for now, the real Cusco will follow! 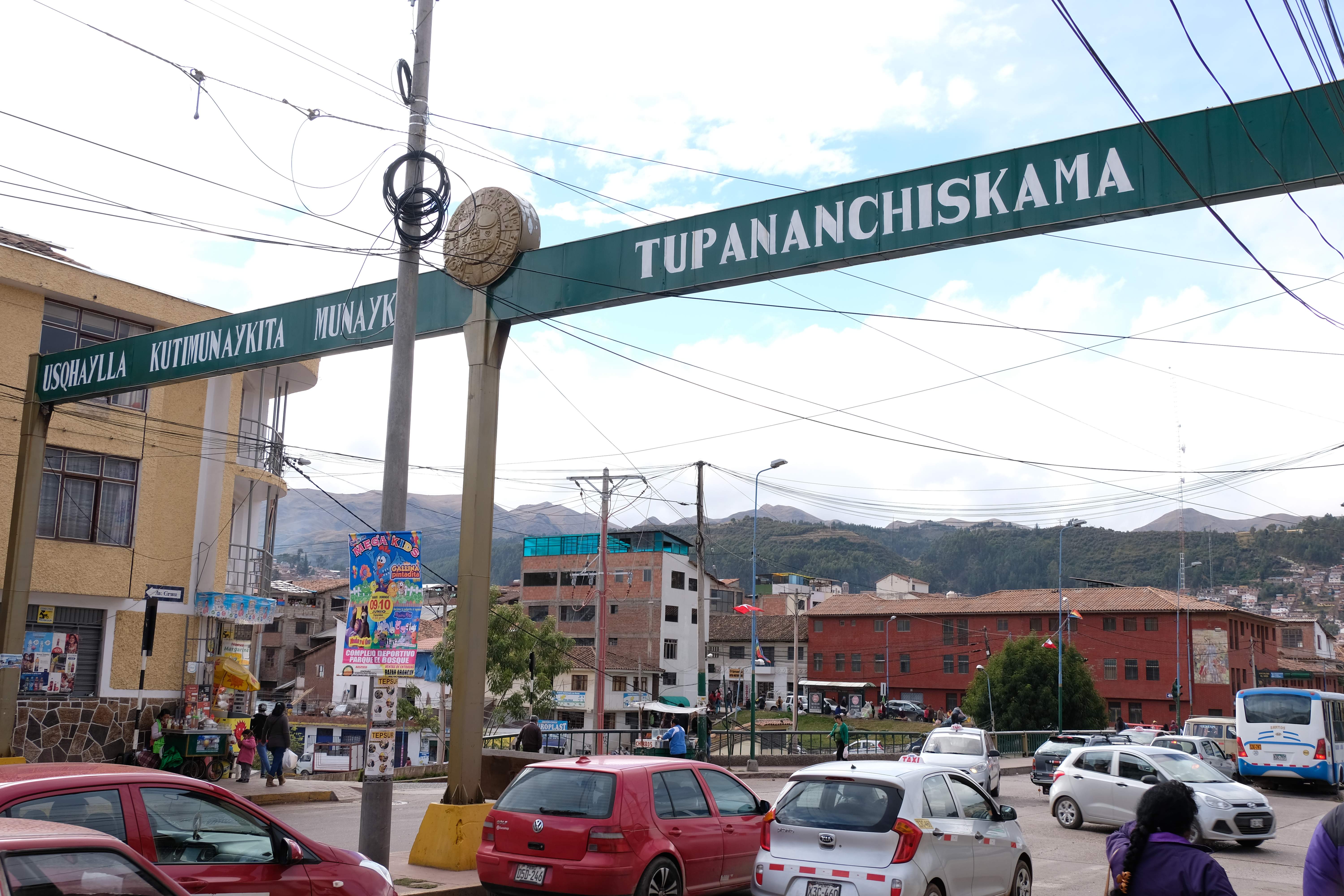 The view outside my accommodation, not the most aesthetically pleasing. Bear with me till my next posts, Cusco get much more colourful and wondrous

One Reply to “Cusco, got off to a rocky start!”