Huaca Huallamarca in Lima was the only thing on my to do list for the day.  This was my last day in Lima before heading to Cusco, I hadn’t booked my flight nor accommodation yet!  I enjoyed my time in Lima, but the urge to get closer to seeing Machu Picchu was driving me to leave.  Lima and its surroundings certainly has a lot more to offer than what I’ve said, and what I’d seen.  That includes pre-Inca through to the Spanish era.  Cusco was the capitol city of the Incas, so heading there is like finding the source of the Nile.  Lima was great, but I was itching to move on.

My last day in Lima

The night before was a Football World Cup warm-up game between Peru and Scotland.  Seeing dozens of Scots wearing kilts in Lima seem so out of place.  For a country that isn’t well known for sports, this was a big deal for Peru.  That fact they had qualified for the World Cup was a fantastic achievement!  With the warm-up game garnering as much excitement as if they had won the competition!  Peru’s national colours of red and white flooded Miraflores!  Every bar, restaurant, café or any place with a TV was bursting from the seams.  People packed the pavements jostling about to catch a glimpse through winds and doors.

Many off Peru’s less famous sites have very little information about them.  Even when visiting and reading and reading their information pamphlets they only cover the bare surface.  For instance, if you read about Petra or all of Egypt’s site you are overwhelmed with detail; from dimensions, materials used, who, when, where and how.  In Peru, this is not the case.  Even after scouring the internet the knowledge only touches the surface.  To some degree it lends more intrigue to the site, mostly it frustrates me.  So little is known about Peru’s archaeological sites, even the huge ones (of which there are many), let alone the people who built and used them.

For one, there are little to no records of how the Inca communicated – except orally.  Not like the Ancient Persians, Egyptians or even the Aztecs.  The latter offering very little till recent times, after deciphering their elaborate hieroglyphic picture grams.  The Inca, for all their magnificent structures covering a vast area, have left near nothing to help us decipher their lives.  No written scripts, documents, carvings etc. leaving little as a point or record of reference.

Location and getting to Huaca Huallamarca

The temperature was mild, the sky was a murky dusty grey, a thin layer of hazed clouds blanketed the sky.  Later in the day there was some drizzling, bringing in a slight breeze to cool the afternoon.  No heavy rain, not even a need for a raincoat though it did hasten my walk back to Miraflores after visiting Huaca Huallamarca.

Google Maps confirmed I was going in the right direction, with my mind questioning its accuracy or if I had typed in the correct place.  To say Huaca Huallamarca is in the middle of a residential area is no exaggeration!  Go one block in either direction and you would miss this 2000 year old pyramid hidden in the neighbourhood.  Sitting snuggly surrounded by up-market apartments in plush tree lined streets, lies the 2200-year-old, Huaca Huallamarca.

Huallamarca takes centre stage with a footprint of one block of the neighbourhood.  This restriction in size is no coincidence that it happens to be the same size as a block.  If it weren’t for concerted conservation efforts, I bet Huallamarca would have been bulldozed to build more swanky houses or apartments.  I can only imagine what lies beneath the residential area surrounding Huallamarca.  Maybe it is lost forever, destroyed to build this lovely neighbourhood…who knows.

Structure and layout of Huaca Huallamarca

Huaca Huallamarca was expanded at least three times between 200BC and 200AD.  These stages give it a step pyramidal outline with three platforms and then the large ramp linking them.  From what I’ve managed to gather, the ramp has had considerable reconstruction work done to it.  This formed part of the conservation efforts which now enables easy access to the three platforms without damaging the main structure.

For this next paragraph I’m not as confident in the accuracy of what I’m saying.  At the top top of each platform/step (presumably before the next level was built) are rooms, passageways, enclosures and patios some with smoothly plastered walls painted white and ochre yellow.  When and where these structures start and stop looks like a jigsaw puzzle now!  They confused the hell out of me trying to figure out what is what!  Being able to see the original plaster and colours helps the imagination bring the site to life.  These vast areas of white and yellow must have reflected the sun to be seen from far away – maybe that was the whole idea!? 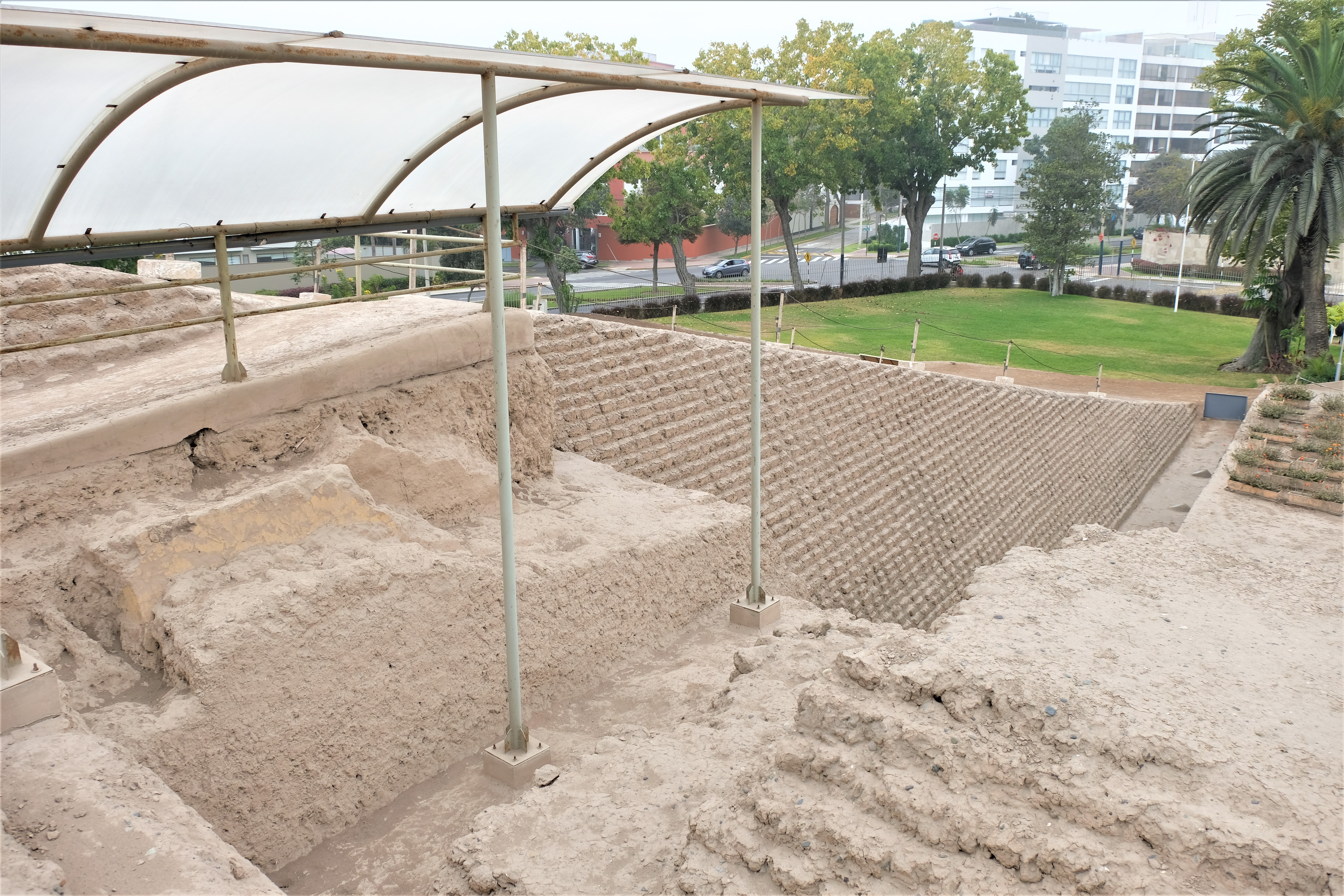 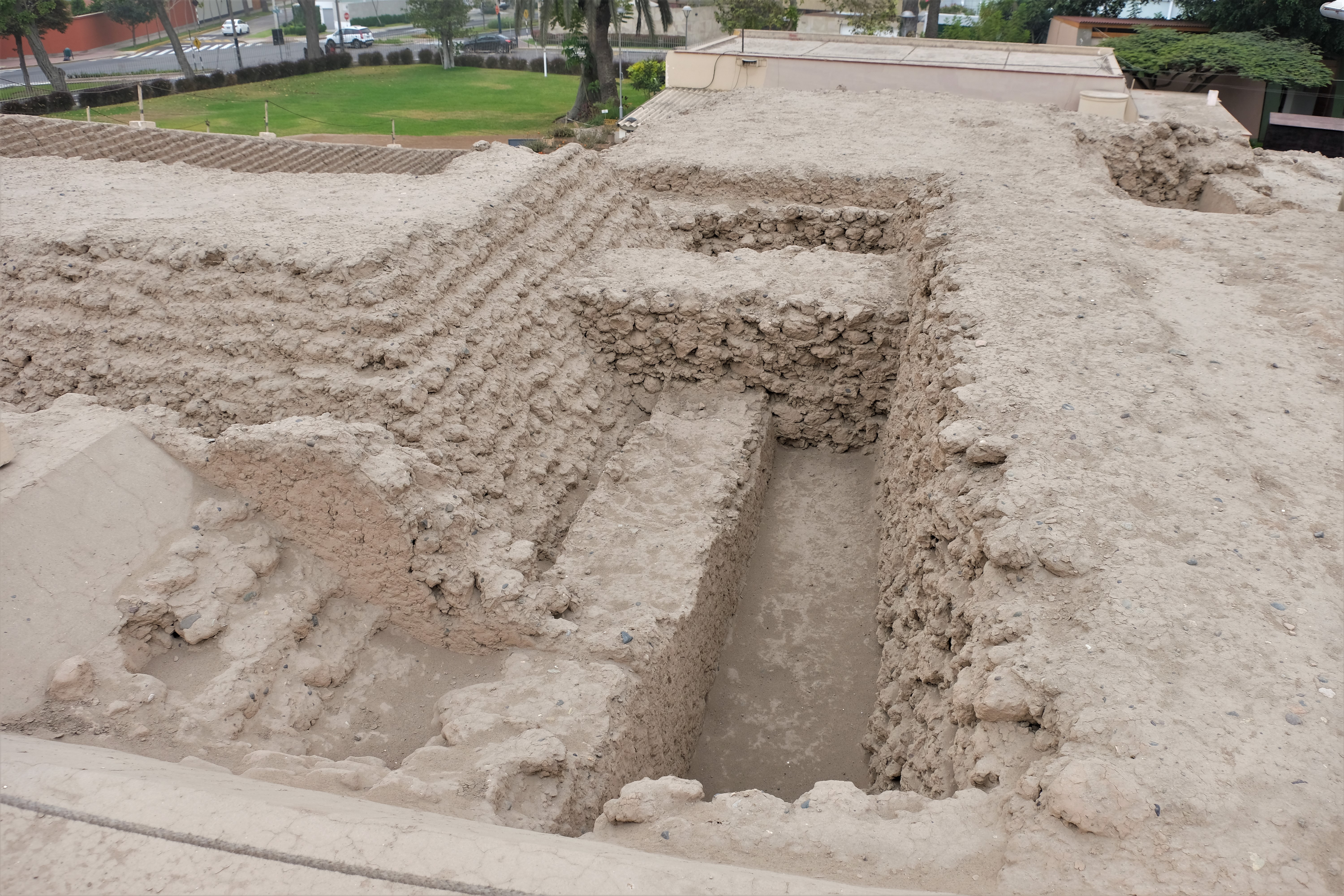 A great example of the different stages of Huaca Huallamarca (taken from the second level). Below are some of the buildings and passageways that were on the first level – Huaca Huallamarca, Lima Pery

Occupation of Huallamarca covers a period of over 1500 years.  Starting in circa.200 BC the site had three distinct occupation periods, each with distinctive uses of the temple: 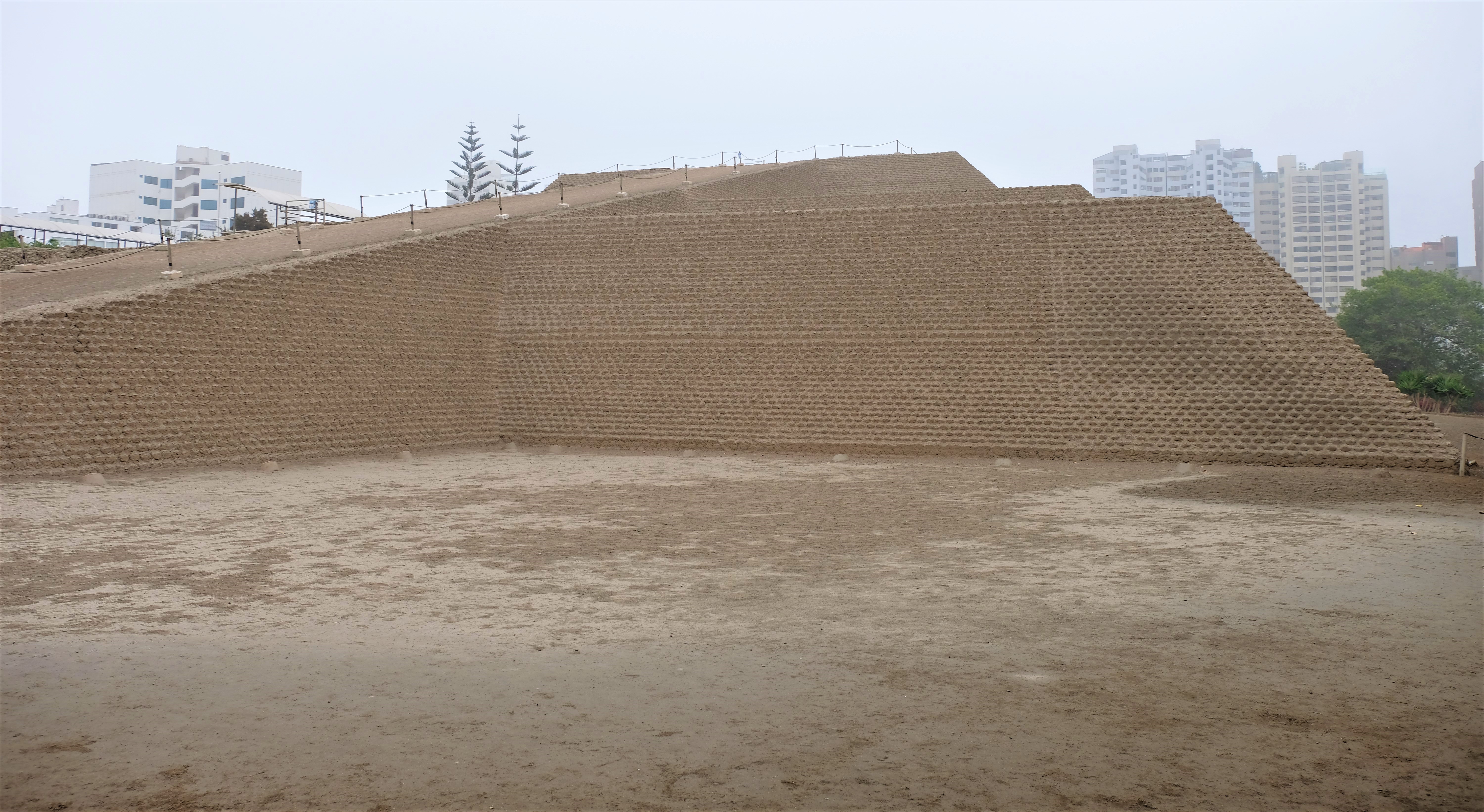 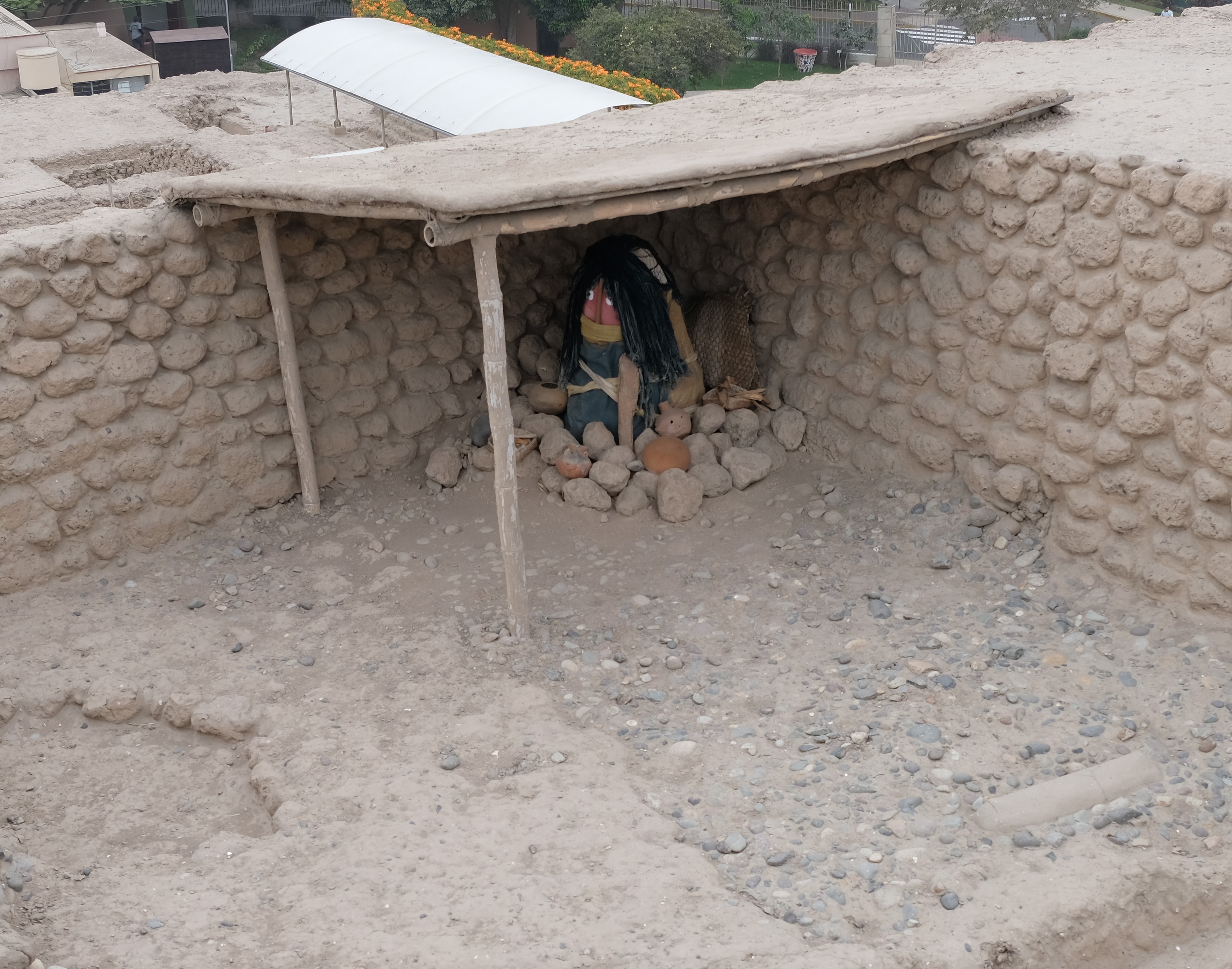 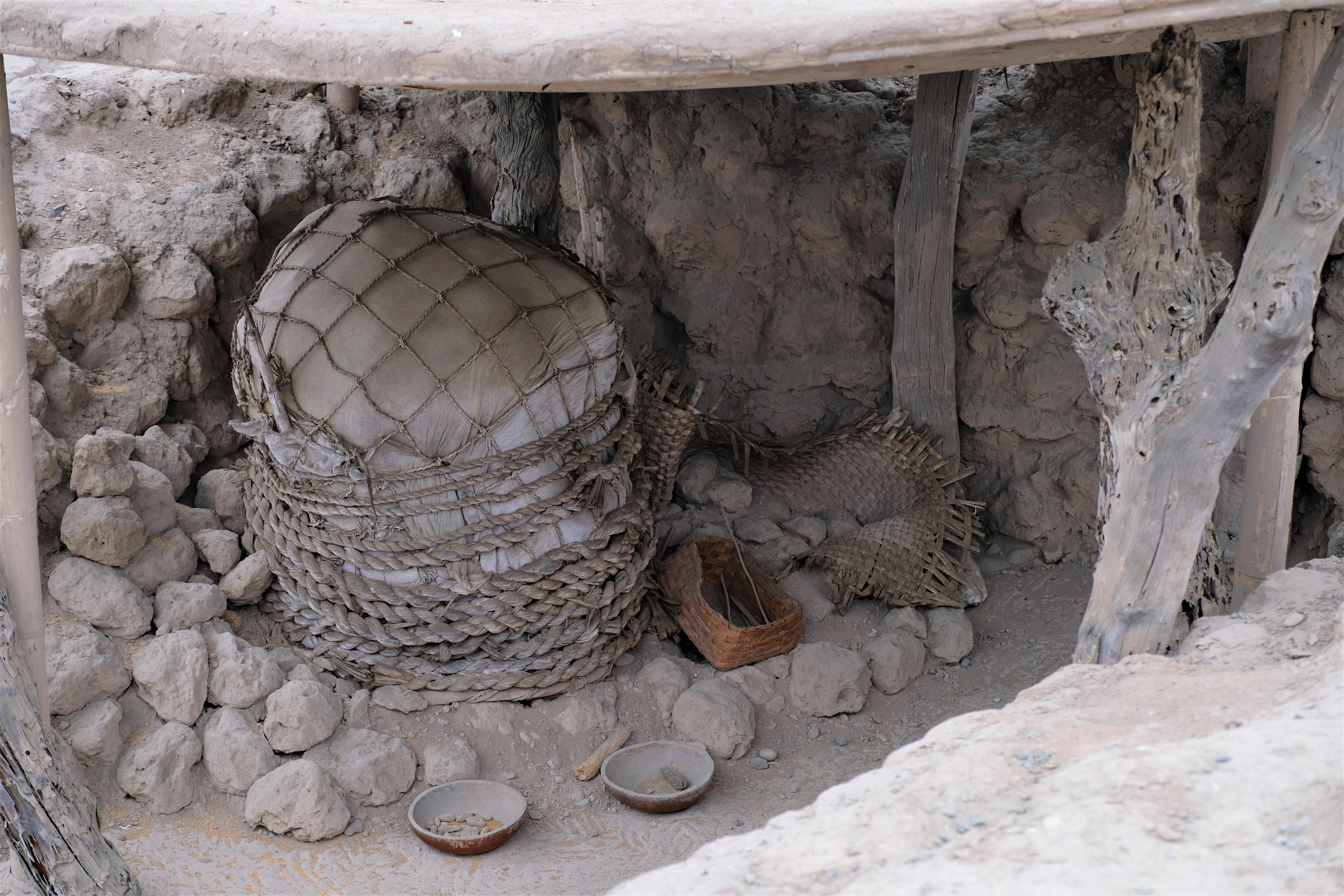 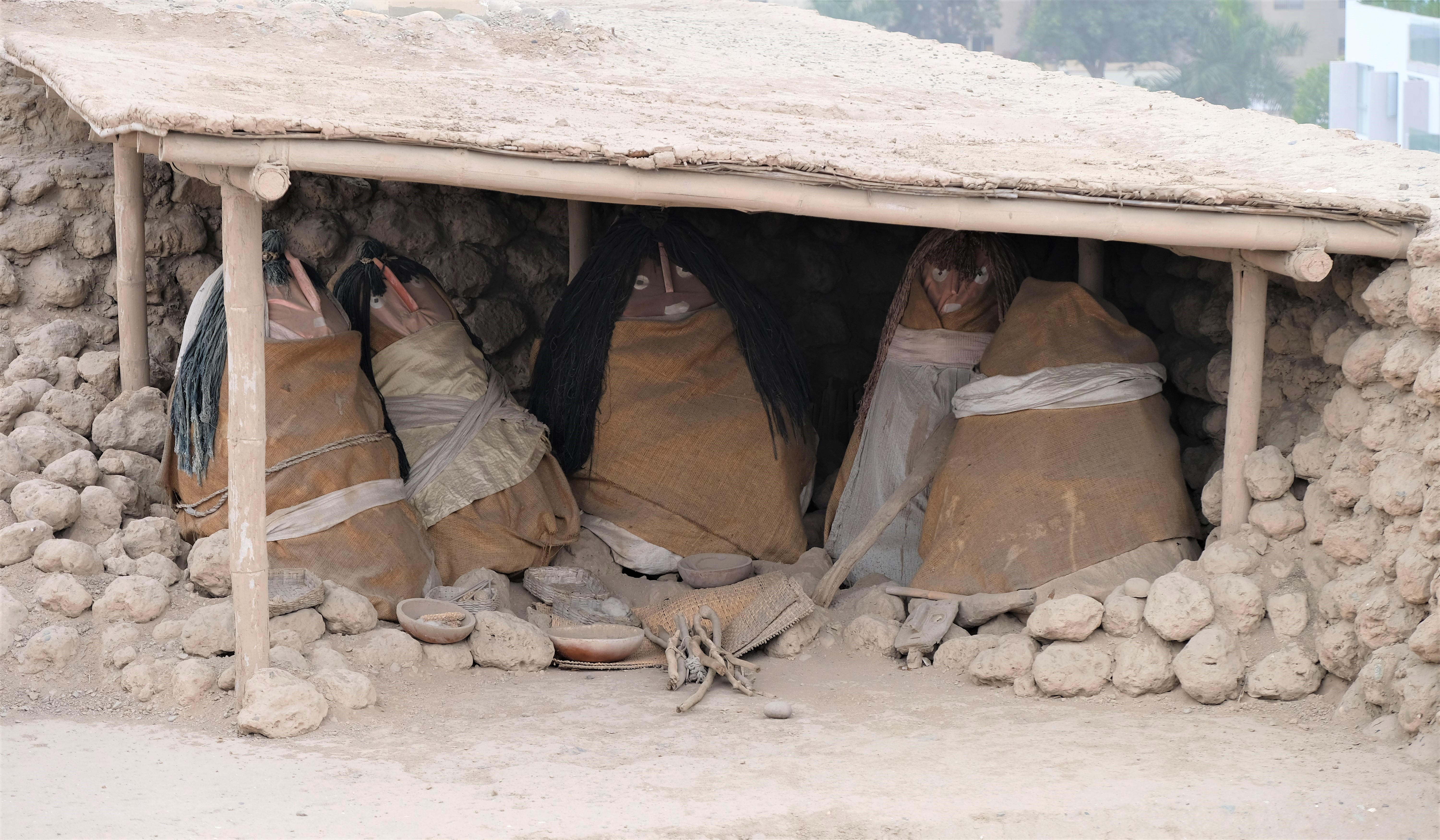 Replica burials which are a hallmark of stage two of the use of Huaca Huallamarca – Lima, Peru 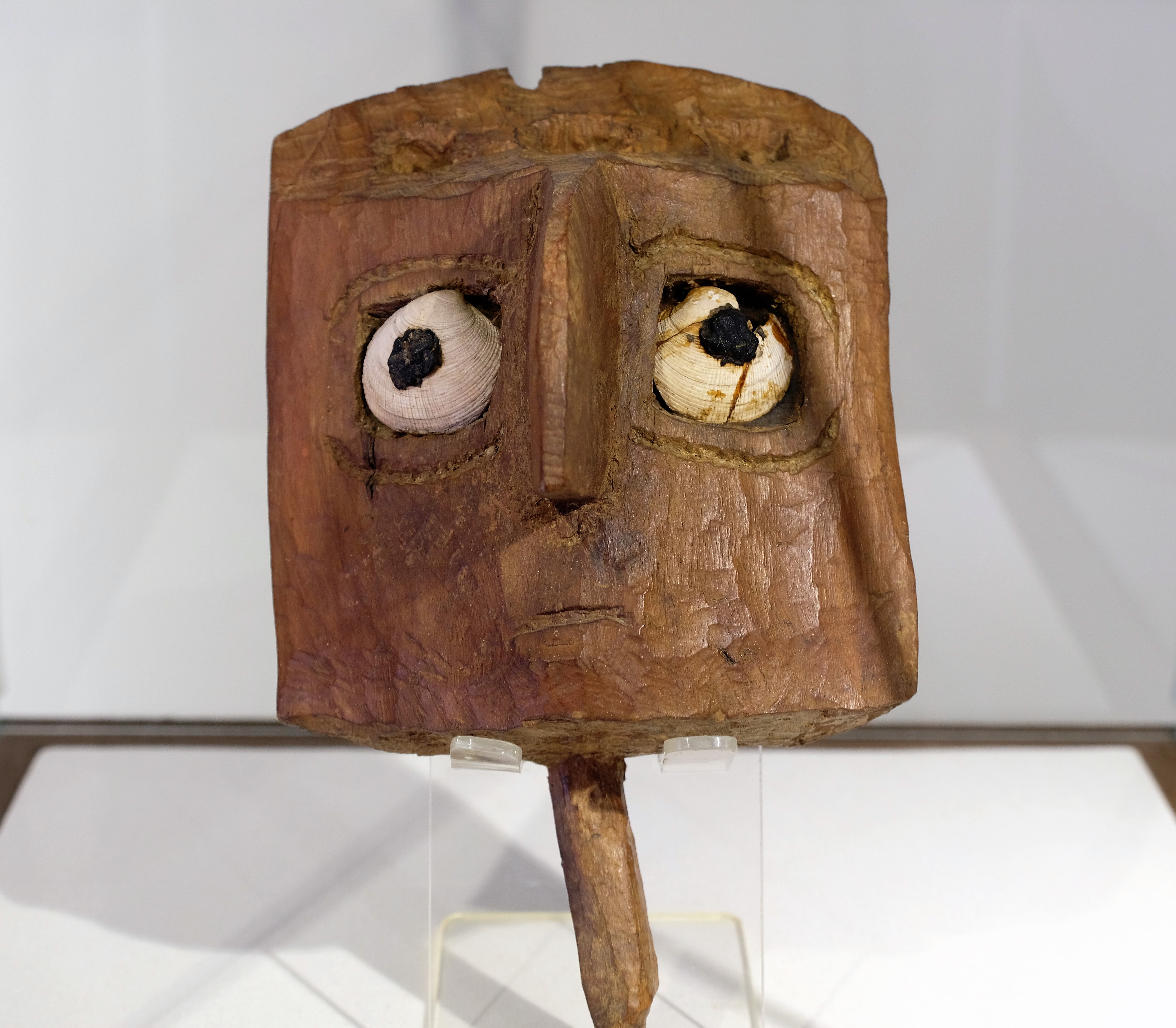 A burial mask found during excavations at Huaca Huallamarca, exhibited in the onsite museum – Lima, Peru 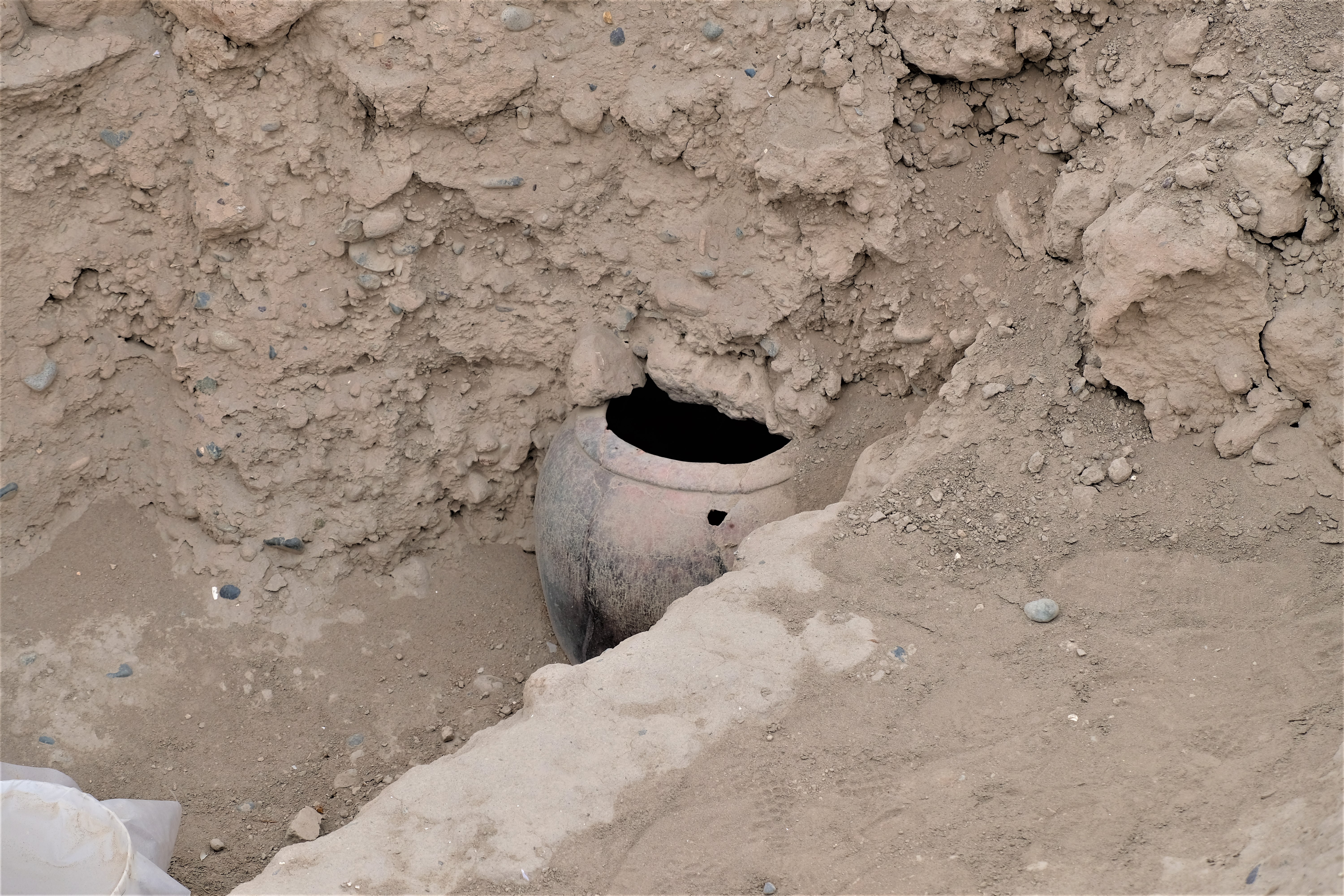 Huallamarca’s on-site museum may be tiny, but dynamite comes in small packages.  Used as a display for some of the finds at the site, and as it’s 20m away for the site you get the feeling of being involve and in touch with its history and research.  Walking slowly it only takes 10-15 minutes to see and read everything on display, it offers more insight than the pamphlet and leaves more room for thought to.  With pottery, actual skeletal remains from burials found, this museum is as close as you’ll get to those who live and died in the region so many hundreds of years ago. 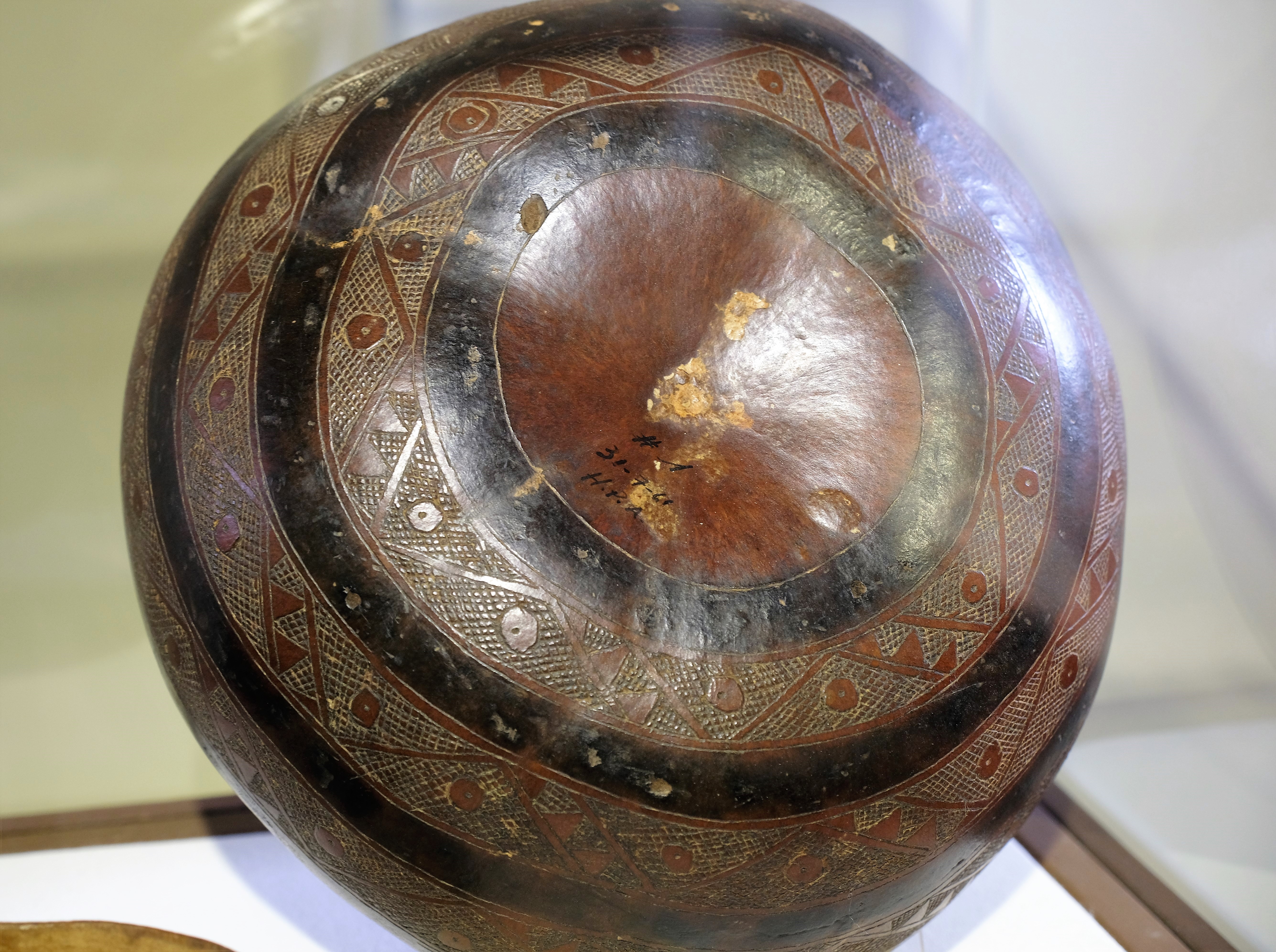 A pot/bowl found during excavations at Huaca Huallamarca, exhibited in the onsite museum – Lima, Peru 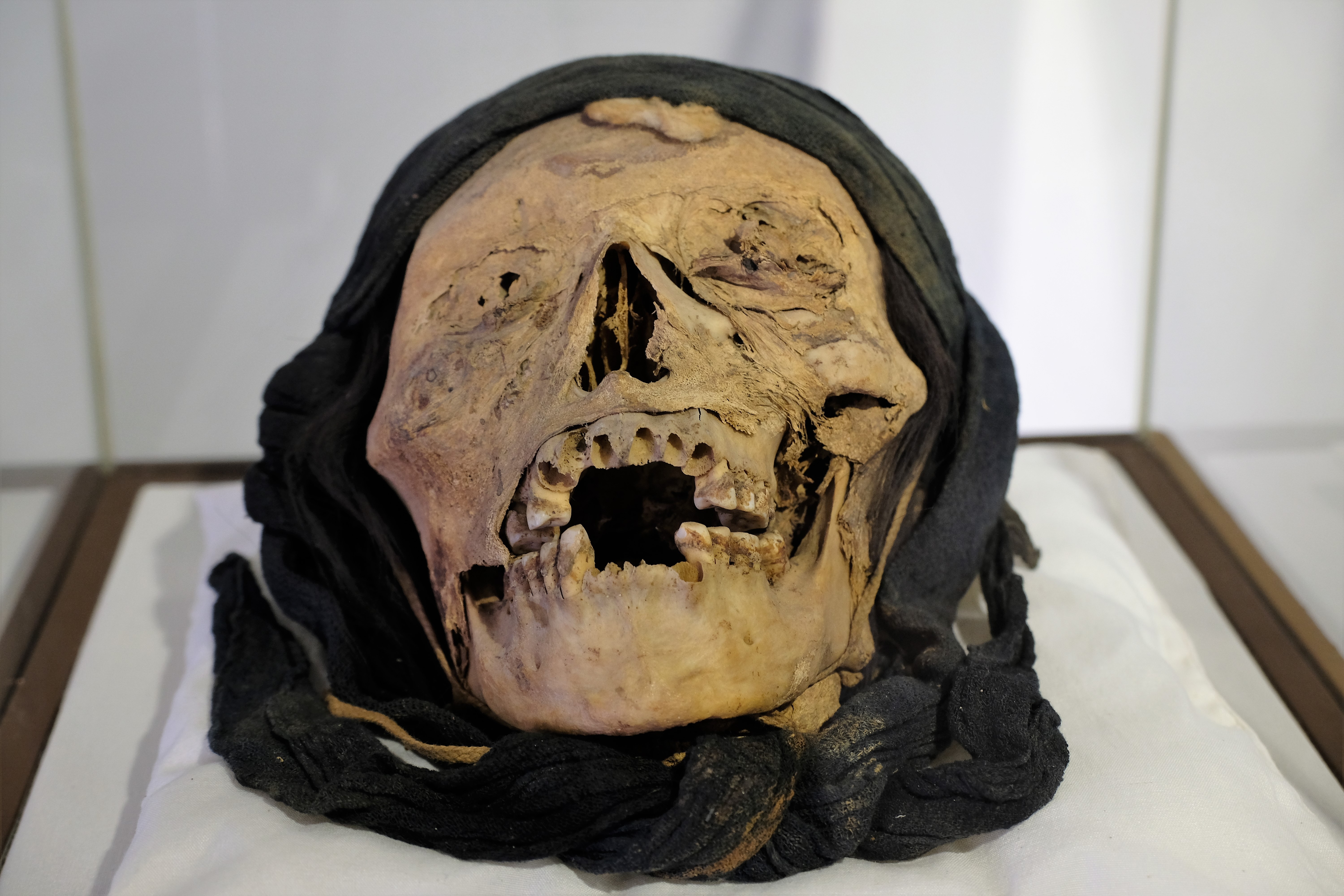 It was my last day in Miraflores, an uneventful afternoon except for wandering about enjoying the energy of the neighbourhood.  I had set quite a bit of time aside in the day to make plans getting to Cusco and my accommodation, leaving a few hours to relax and do nothing.  Once I had arranged my flight and accommodation sorted, I headed to J.F. Kennedy Park/Parque Kennedy and Miraflores Central Park/Parque Central de Miraflores to walk about and watch the people.

Parque Kennedy is a community park; by that I mean it’s not just a pretty park, it forms part of the community’s everyday life.  Walking around you get the sense that this really is the neighbourhood’s garden…and they love it.  With a mixture of colours, monuments, displays (permanent and temporary) it’s an eclectic mix with a welcoming feel.  It was a nice relaxing way to spend my last afternoon in Lima, giving me the opportunity to watch more than explore.  A graffiti mural that was started on my first day in Miraflores was almost finished, not 100%, even so it was nice being able to watch the work mature over the three days. 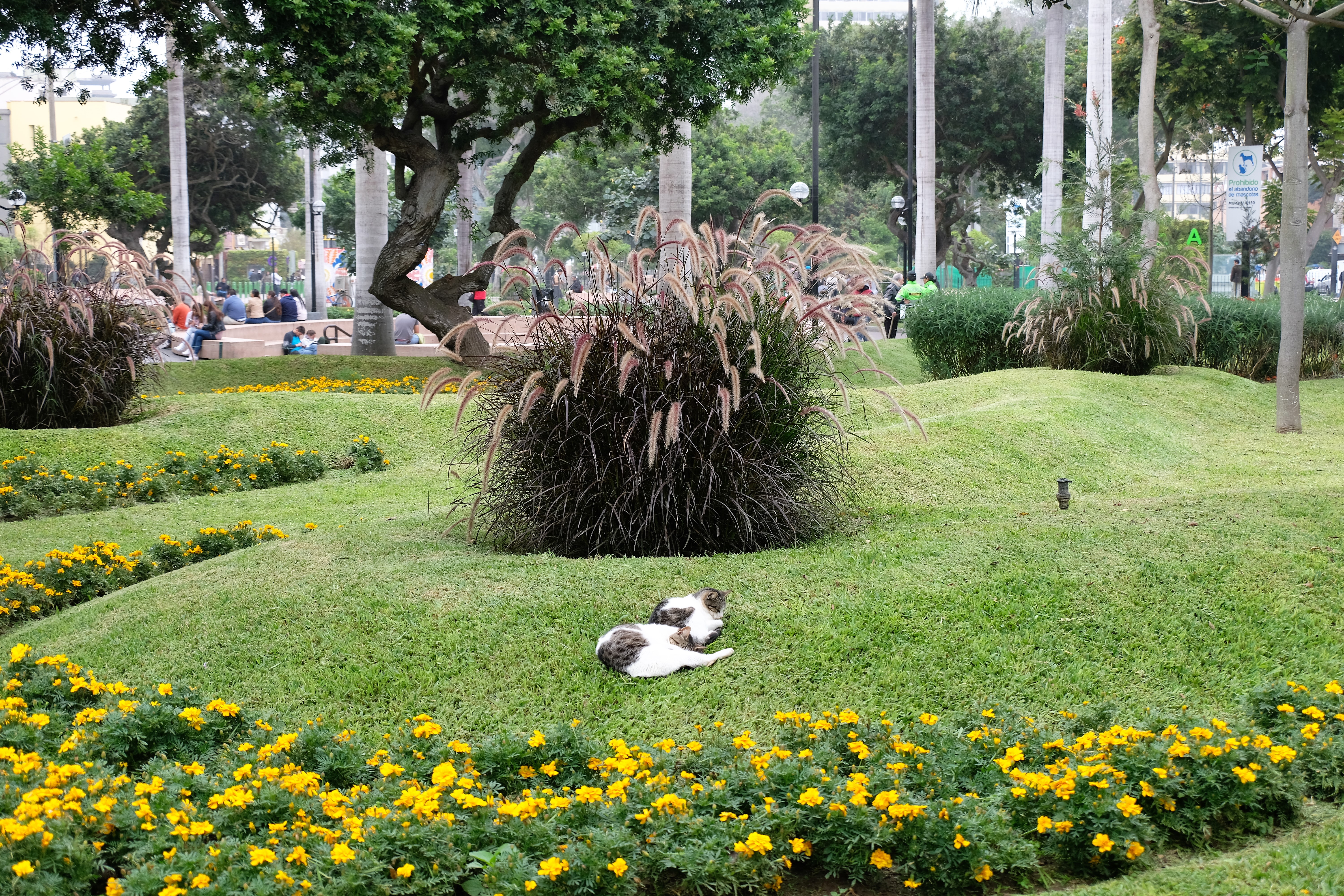 At the back of my mind I was a wee bit disappointed with Huallamarca and Huaca Pucllana.  These were my first two Inca sites and they were underwhelming to what I had read and seen about the Incas.  Obviously, with visions of Machu Picchu etched into my mind, these sites were primitive.  I’d hate anyone to go to Lima and not go see them because of what I’ve said, I love ancient sites no matter how “glamourous” or not they are.  If I didn’t have more time in Peru, I would have been happy with what I’d seen.  However, it’s like only seeing the step pyramid in Saqqara, knowing you will soon be seeing the Pyramids of Giza, or even Dahshur for that matter.

Lima gave me the chance to see pre Inca sites; just as I had done at the Noble Tombs in Aswan – Egypt before it dominated the Ancient world. Machu Picchu was a dream becoming reality. Little did I know; I’d be seeing so many other places before that would blow my mind.  My Inca journey had only just started. 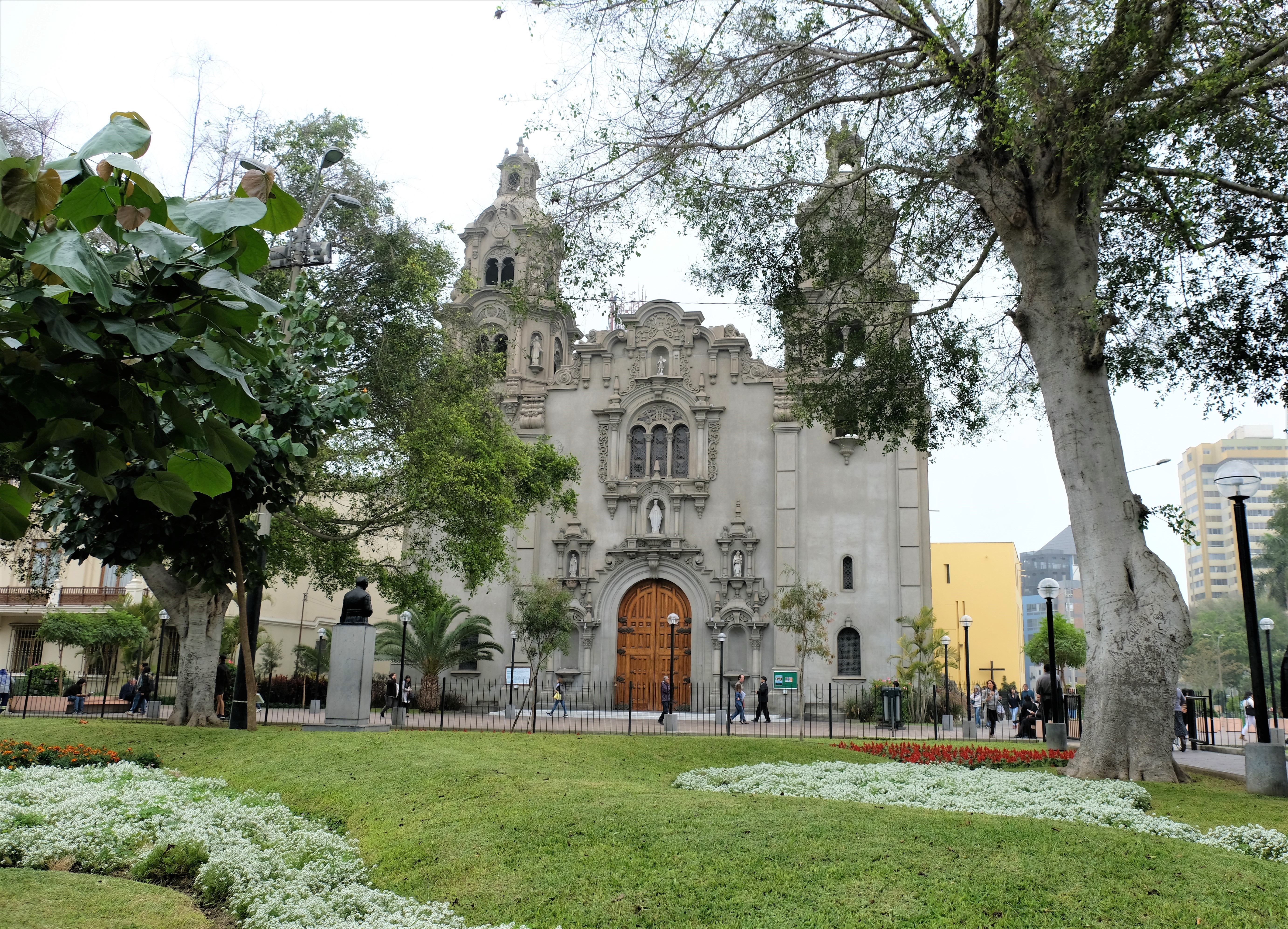 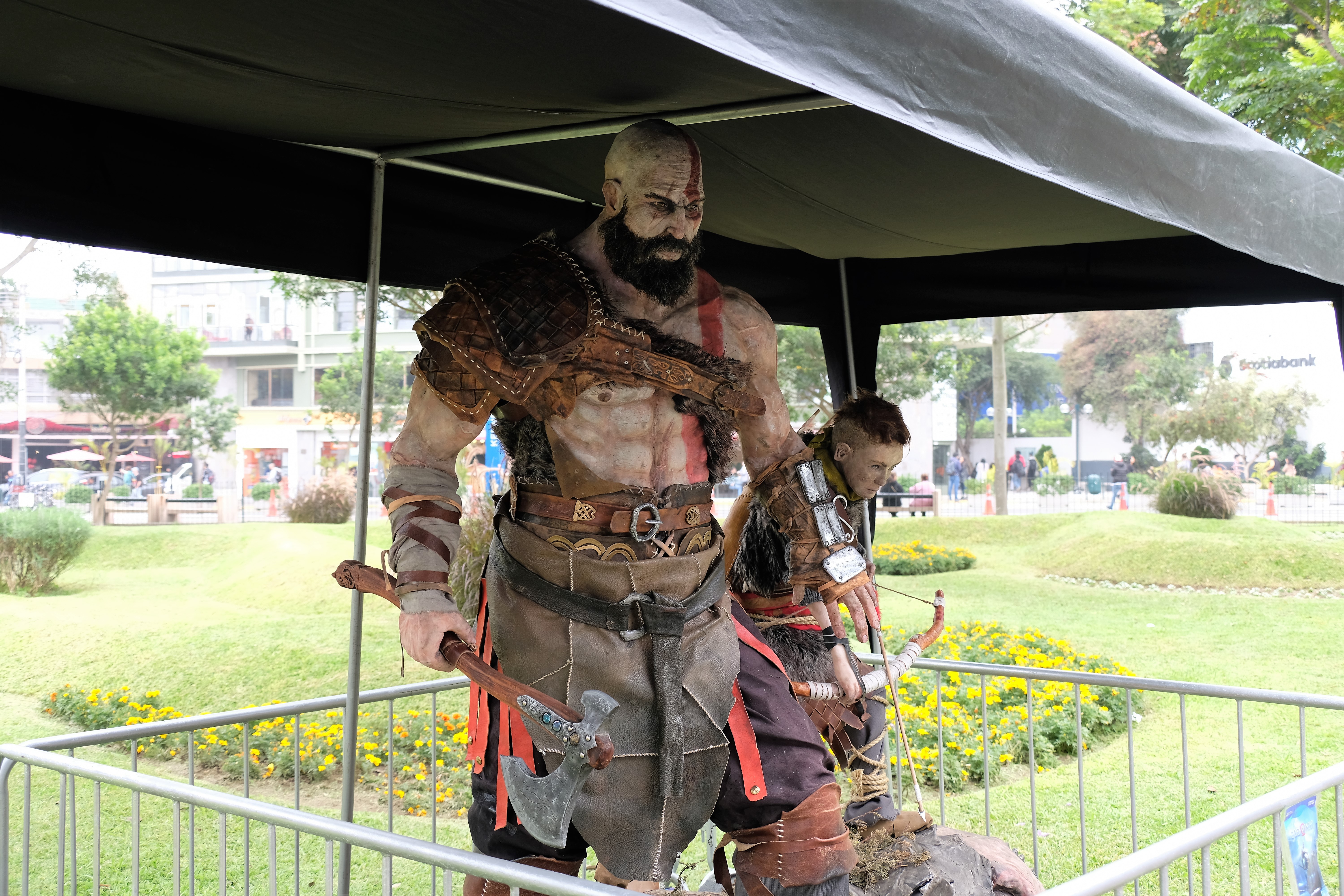 A temporary display in Miraflores Central Park. I have absolutely no idea what this is about or who the characters are; – I think it’s part of a video game – Miraflores, Lima, Peru 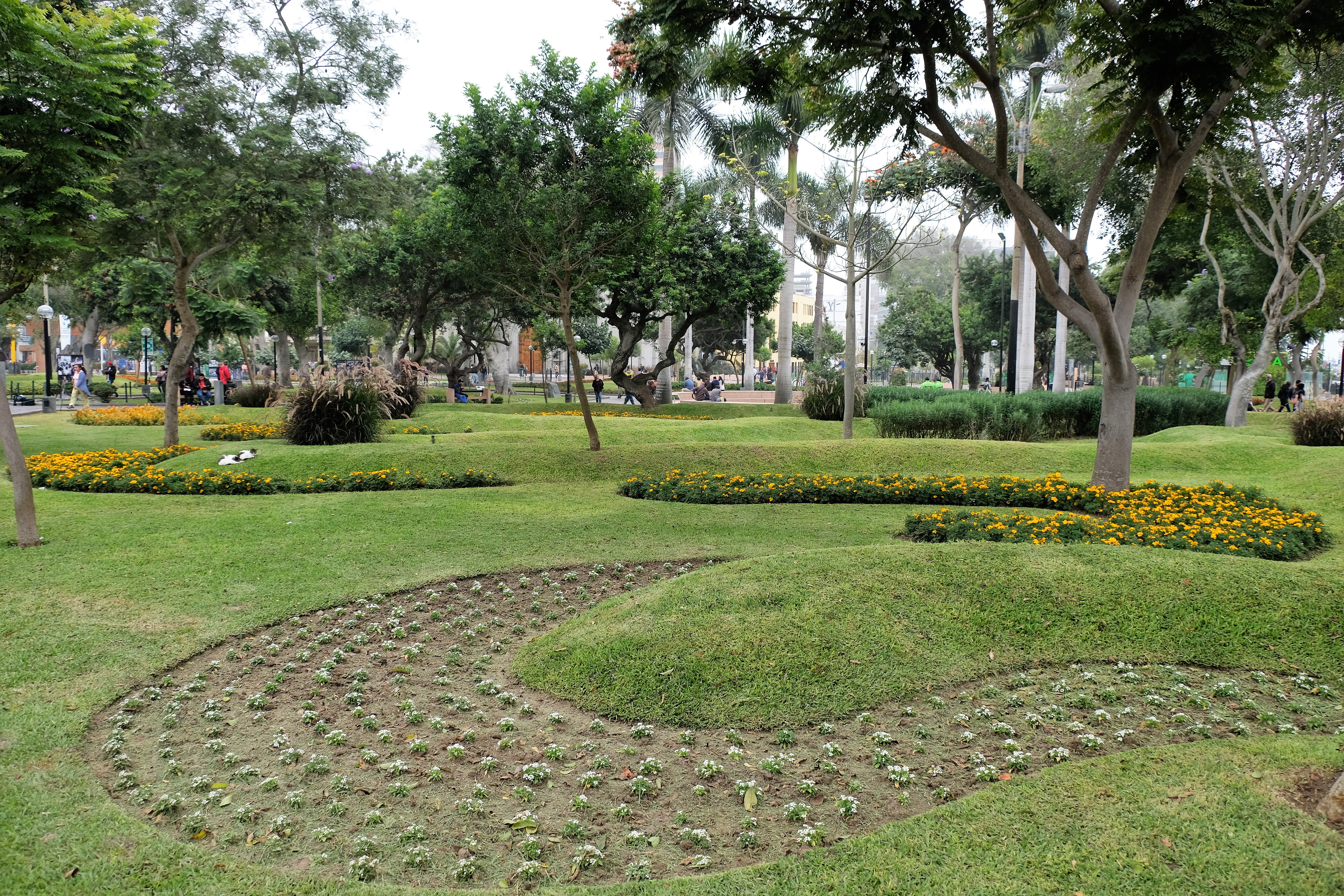 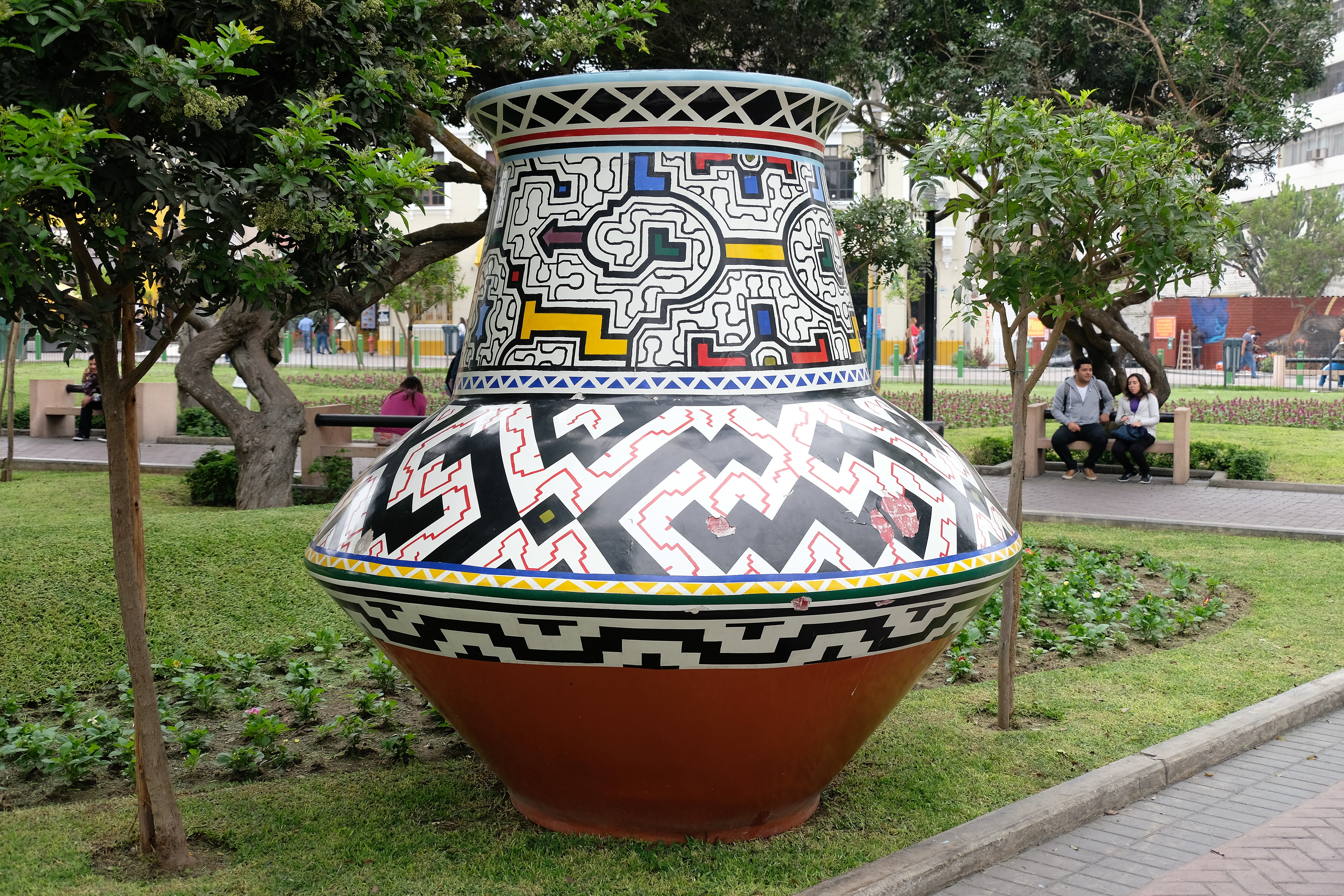 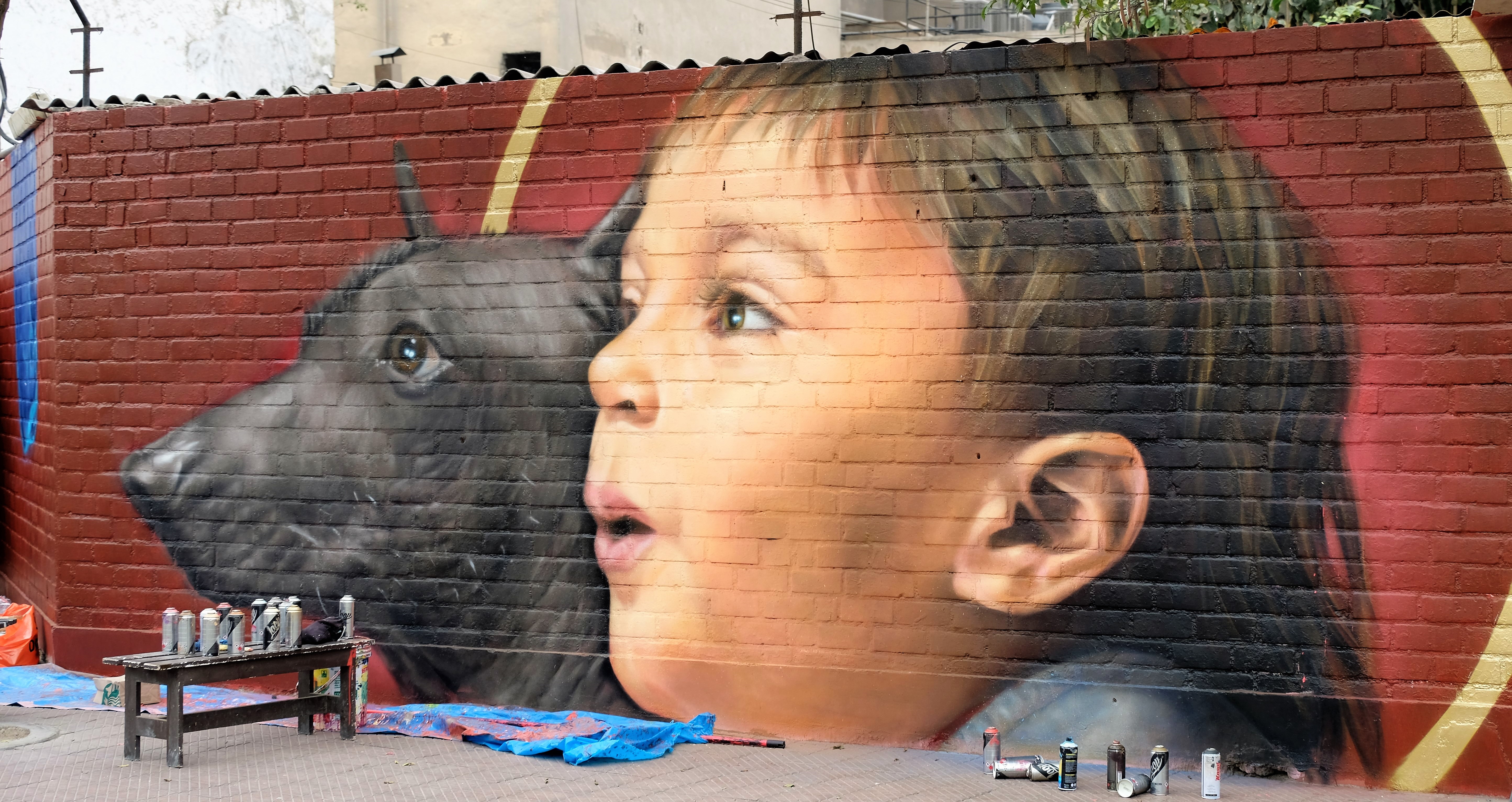 The near finished article of a street artist in Miraflores (I took an earlier one which I posted in Part 1 of my time in Lima) – Miraflores, Lima, Peru 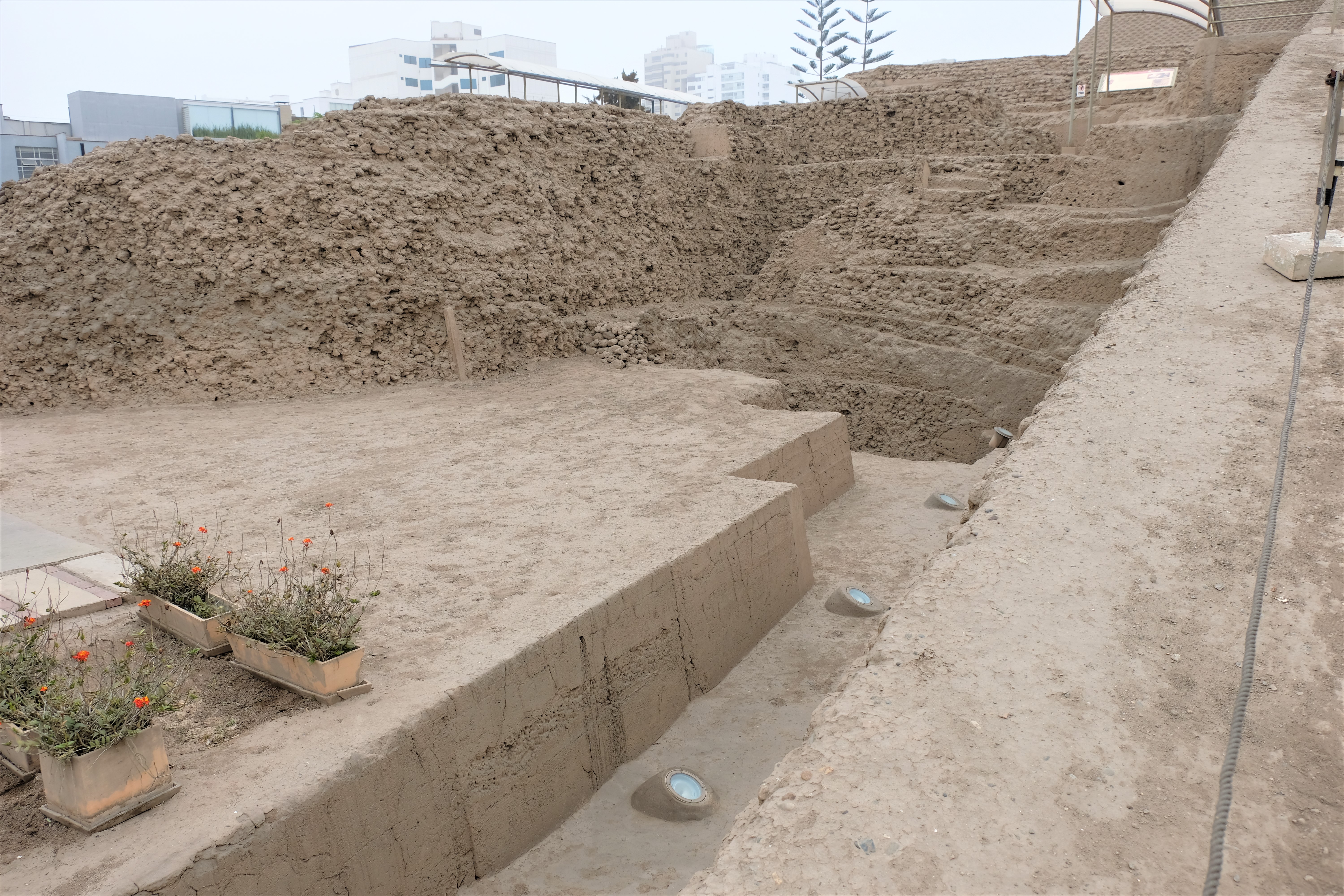 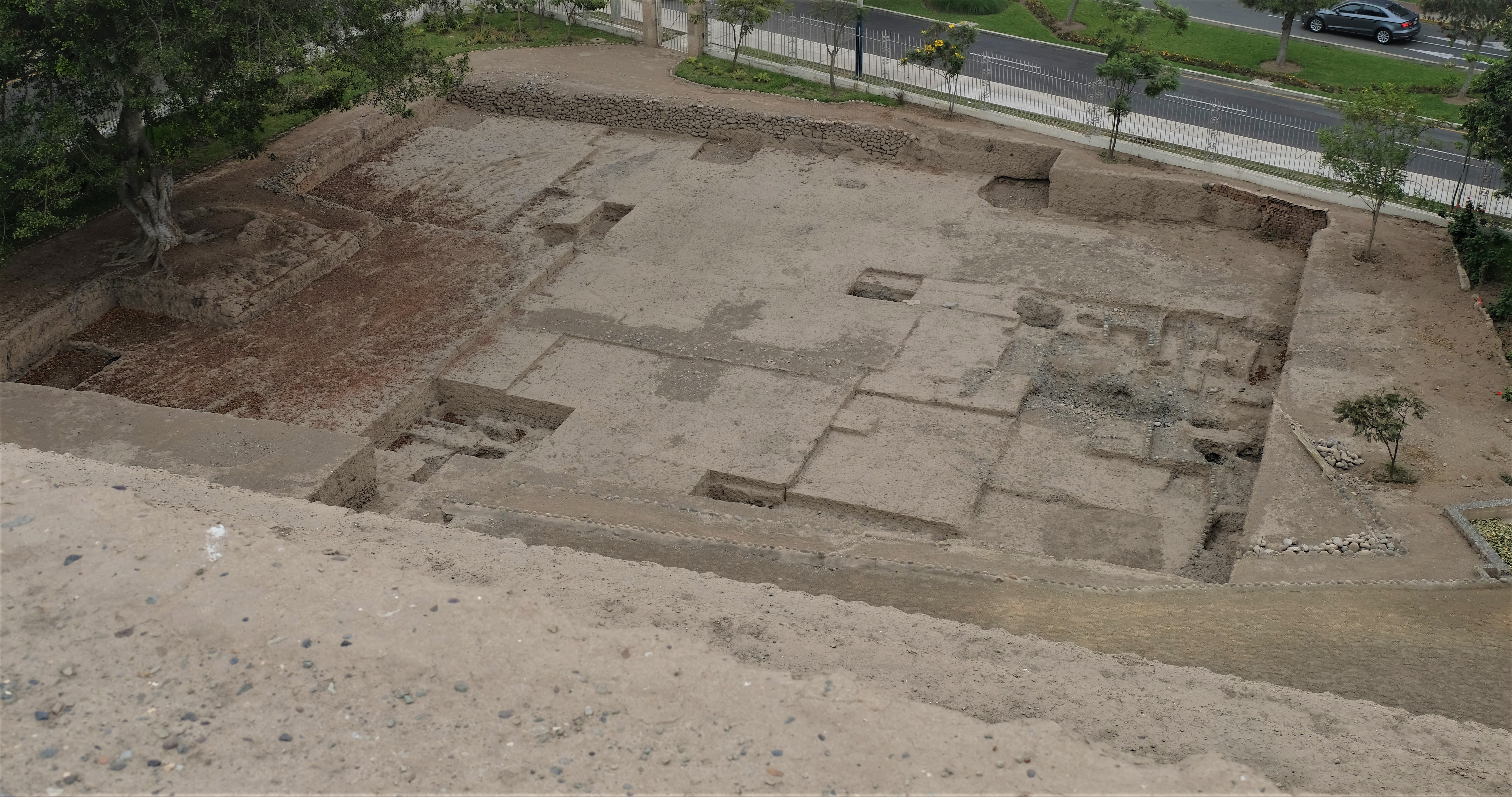